There have been many devastating cyclones in Australia over the years, with destructive winds causing extensive property damage. Being prepared for the cyclone season well in advance can go a long way to help protect your home during a tropical cyclone.

Before The Cyclone Season

a first aid kit and manual, masking tape for windows and waterproof bags.

When A Cyclone Watch Is Issued

When A Cyclone Warning Is Issued?

Depending on official advice provided by your local authorities as the event evolves, the following actions may be warranted. First, if local authorities request, collect children from school or childcare centre and go home. 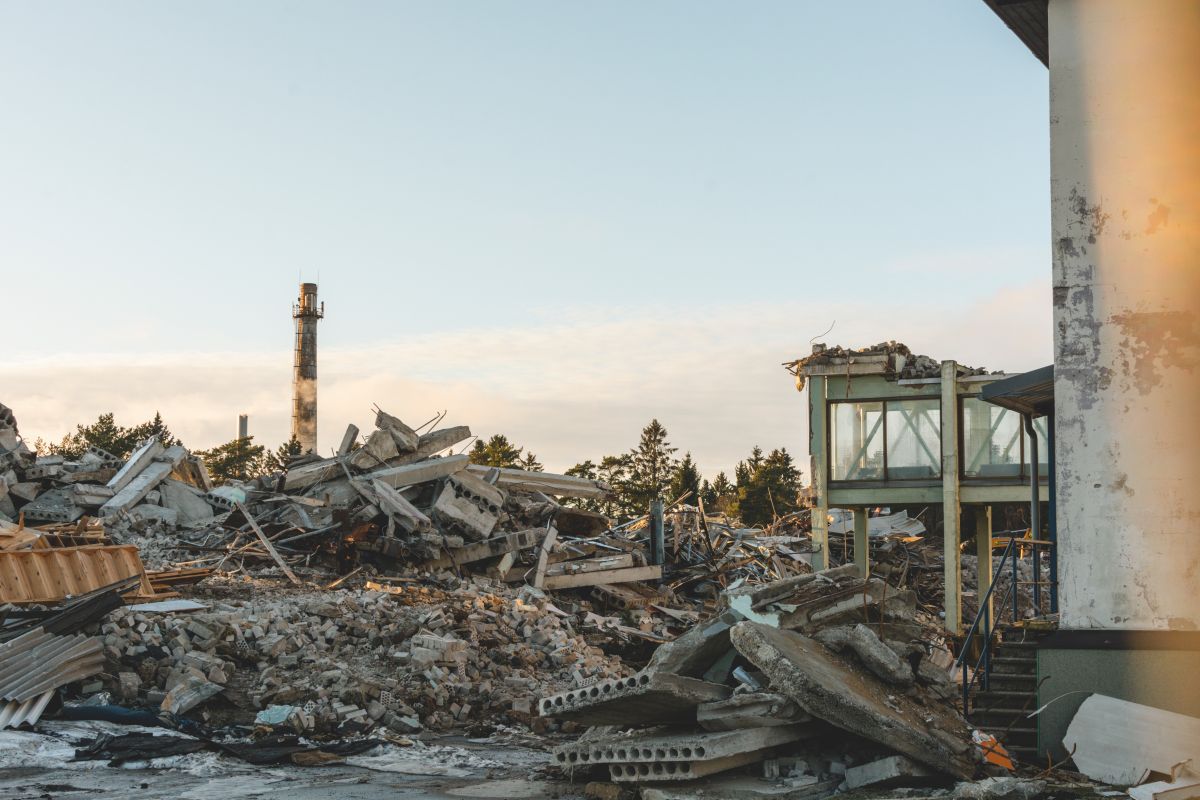 On Warning Of Local Evacuation

Evacuation may be necessary based on predicted wind speeds and storm surge heights.

Official advice will be given on local radio/TV regarding safe routes and when to move.

During A Severe Tropical Cyclone

Find the best shelter, such as a stairwell or a room with walls reinforced with pipes on the lowest floor of the building. Stay clear of windows and glass doors. Listen to the local radio for alerts of high winds or a tornado and disconnect all appliances. If the building starts to break up, protect yourself with a rug, blanket, mattress or shelter under a bench or table. Find cover away from the wind and protect your head if you’re outside. If you’re inside a vehicle, keep your face away from windows and ensure you have the hand brake on. It would be best to park away from trees and power lines.

If you need to evacuate

FAQs About Preparing Your Home For A Tornado In Advance

How Do You Prepare Your House For A Tornado?

Know where to shelter.

Should Doors Be Closed During A Tornado?

What Should You Not Do During A Tornado?

What Happens If A Tornado Picks You Up?

The probable answer is that they would be hit by debris several times, probably dying in the process if they managed not to be hit by debris (And that’s a big if), they would hit the ground hard and probably not survive the impact. So there you go. Being sucked up by a tornado would result in probable death.

Always wait for the all-clear from emergency services, and don’t assume the danger has passed – as you may be in the eye of a tropical cyclone. If you have evacuated your property, don’t return until you have an official all clear.

When returning to your home:

Having a plan that your family understands can help all of the people in your family know what to do when a storm hits. So make sure to plan out:

Store an emergency supply of food and water

The Signs Of A Tornado

To ensure you have time to act properly before a tornado hits, it’s helpful to identify the warning signs. You can spot a tornado by:

There’s no set time for how long a tornado can last, but most of them last for less than 10 minutes.

Conditions are favourable for a tornado to form, but it isn’t imminent. Tornado watches can be updated as conditions change.

A tornado is imminent. National weather forecasting agencies issue tornado warnings, usually after a tornado or funnel cloud has been reported.

How Are Tornadoes Categorized?

Ranks tornadoes as F0, F1, F2, F3, F4 or F5. F0 is the weakest; F5 is the strongest. An F0 tornado means minor damage, such as branches ripped off trees. An F5 tornado lifts houses from their foundations and carries them through the air.

When Is Tornado Season? And The Which States Get The Most Tornadoes?

According to the National Oceanic and Atmospheric Administration, over 1,000 tornadoes hit the US every year. Although tornadoes can hit at any time, the highest concentration of tornadoes occurs between March and May. Therefore, these months are known as “tornado season.”

All states get hit by tornadoes, but some more frequently than others. The top 10 states, in order of annual tornadoes, are:

The area covering Texas, Oklahoma, Kansas and Nebraska is known colloquially as “Tornado Alley.” This is the area of the US most frequently hit by tornadoes.

How To Stay Safe During A Tornado

When a tornado hits, head for the lowest floor of the building. Find an interior room – one that isn’t connected to the front door of the building – with thick walls and no windows. If there’s a heavy table or desk, it’s a good idea to take shelter under it. If possible, look for something to protect your head, such as a helmet. Cover the back of your head with your arms to protect it from debris. If you’re in a mobile home, it’s best to reach a more secure building. Most injuries and fatalities from tornadoes happen in mobile homes.

Don’t open any windows. There’s a myth that the pressure drop can cause a house to explode, and opening windows can prevent this. In reality, the pressure drop won’t cause a house to explode, but letting the tornado-force wind inside through the windows can cause the roof to be lifted off your house. If you can’t get into a building in time, move away from trees and cars. Lie down as flat on the ground as you can, and hold onto something secure. If you can, find a ditch or other low ground to lie down in until the tornado passes.

Is A Garage Safe During A Tornado?

What Month Are Tornadoes Most Likely To Occur?

Tornadoes can form at any time of year, but most occur in the spring and summer months, along with thunderstorms. Therefore, May and June are usually the peak months for tornadoes.

How Deep Should A Tornado Shelter Be?

How deep should a storm shelter be? It should be at least 10 feet from the mean sea level. This will prevent water from flooding the cellar.

How Long Does A Tornado Last?

Tornadoes can last from several seconds to more than an hour. The longest-lived tornado in history is unknown because so many of the long-lived tornadoes reported from the early-mid 1900s and before are believed to be tornado series instead. Most tornadoes last less than 10 minutes.

What To Do After A Tornado?

Once the tornado has passed, there are several things you need to do, particularly if the tornado caused a lot of damage.

Don’t return until you’re told it’s safe. This allows emergency services to get to work unchecked.

See if there are any injured people around you, but don’t put yourself in further danger to search for others. If you find anyone injured, call for help and contact emergency services ASAP.

Using the emergency contact list, you created as part of your tornado plan, get in touch with family members and friends. Let them know you’re safe, and make sure they are too.

Get the latest updates.

Find a radio or TV and tune into local stations to hear the latest safety and weather conditions updates.

Check your property and understand the hazards.

A tornado can damage your property in ways that make it hazardous. For example, gas leaks, electrical damage, or sewage leaks are possible. Contact your utility company and emergency personnel immediately if you notice or suspect any of these hazards after a tornado.

Once your home has been deemed safe to return to, take photos of any damage. Documenting the damage caused will be useful when making insurance claims, especially if you have “before” photos of the damage.

Being prepared for the cyclone season well in advance can go a long way to help protect your home during a tropical cyclone. Always wait for the all-clear from emergency services, and don’t assume the danger has passed – as you may be in the eye of a tropical cyclone. If you have evacuated your property, don’t return until you have an official all clear. Ensure your home and contents insurance is up-to-date and the sum insured amount is enough to cover natural disasters. And make sure you have your insurer’s details in your emergency kit, so you can contact them in a hurry if you need to.