A very modern history, Elizabeth Farm in Sydney's Parramatta, is the oldest residential building in Australia, with parts dating to 1793, pipping the better known Cadman Cottage, which dates to around 1815, at Sydney's Circular Quay. But given most of Australia's early residential buildings were made of less permanent materials like bark and timber or corrugated iron, there are few examples of homes remaining in any great numbers before the mid-1800s.

Australia is a big country, and our architectural landscape varies from state to state. For instance, Queensland has the elevated, airy weatherboard Queenslander; Sydney has the brick or stone terrace house with wrought iron verandahs. And the materials vary too. Sandstone dominates in older NSW buildings, while Blue Stone dominates in older properties in Victoria or South Australia.

Victorian architecture is grouped into three different periods: early (circa 1804-1860), mid (1861 to 1875), and late (1876 to 1901). Early Victorian homes are not dissimilar to the classic worker's cottage design; typically made from brick, with a front verandah, pitched roof and minimal fretwork. However, the ornate detailing became more popular moving into the mid-Victorian era. This style is distinguished by cast-iron lacework, ornamental brick facades, embellished ceilings and mouldings.

Most late-Victorian homes, including terraces, will feature cast-iron lacework, fireplaces, moulded timberwork, decorative plaster ceilings, turned-timber balustrades, steep and narrow stairs and small windows. Living and dining rooms are towards the front with kitchens to the rear, with bedrooms either off the hallway or upstairs if it's a two-storey terrace.

It's worth noting that Georgian, Gothic, Regency, Tudor and Italianate style homes are all encompassed in this era.

People are often confused by these two styles, and that's because they're the same thing. 'Edwardian' refers to the home-style, named after King Edward (1901-1910), popular at the time of Federation in Australia. Federation style is now known as the Australian adaptation of Edwardian architecture. The red brick exterior distinguishes federation or Edwardian homes, stained glass, bay windows, return verandahs, tessellated tiles, pressed-metal ceilings, finials, turned-timber posts, and fretwork a long central corridor, and roofs in either slate or terracotta tiles. 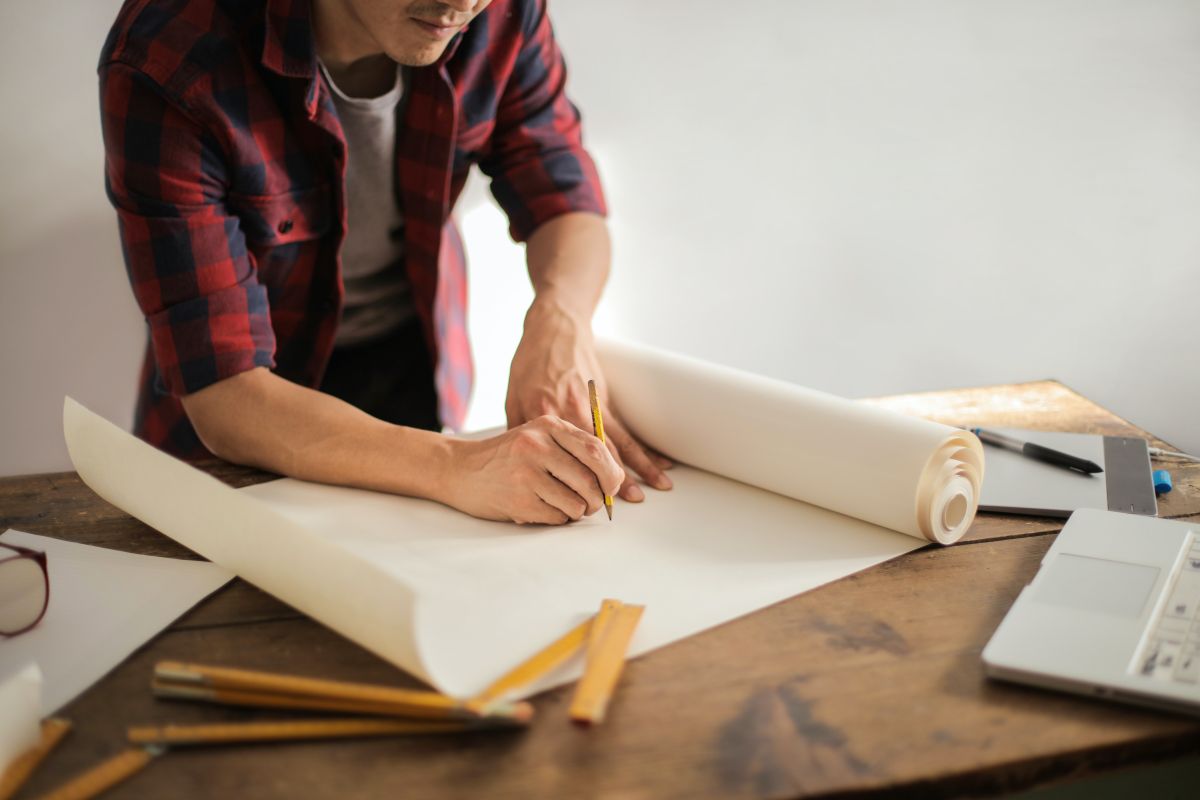 Recently there has been a greater understanding of the agricultural, aquaculture and architectural practices utilised by Indigenous Australians before British settlement. Research shows a range of permanent and semi-permanent dwellings were common across the country, from temporary windbreaks and sophisticated dome-like shelters to richly decorated caves and ancient stone dwellings. Early journal entries also shed light on the building and maintenance of dams, wells, and houses and sheds.

Sites like Budj Bim in Gunditjmara land exhibits the complex aquaculture practices of the Gunditjmara who built it, and evidence exists of stone structures in addition to the dams and channels. Semi-permanent structures were designed according to the climate in which they were built and utilised commonly available materials such as reeds, driftwood, spinifex and melaleuca bark. These structures were sometimes interconnected, allowing for multiple rooms and living spaces.

Many words describe a house or dwelling with the hundreds of individual Aboriginal languages across the country. These words include gunyah, wiltija, mia-mia, goodie and wurley, and many others, and their variety represents the rich diversity and cultural history of Aboriginal languages. While there is little recorded history on pre-colonial architecture and design, it certainly existed for thousands of years as Indigenous Australians cultivated and cared for the land we now live on.

FAQs About Style Of Architecture In Melbourne

What Type Of Architecture Is In Australia?

Various Architecture Styles Around Australia. Some of the notable architectural styles that we will mention today are Victorian, Edwardian, Federation, Colonial, Italianate, Contemporary, Art Deco, and the fibro architecture of the 1950s.

Which Architectural Styles Have Most Influenced Australian Architecture?

British housing styles heavily influenced Australian architects in the 19th century, and Victorian homes (named for the period in which Queen Victoria reigned) proved to be the most popular type.

What Is Considered Modern Architecture?

Modern architecture is a style of building that emphasises function and a streamlined form over ornamentation. This design aesthetic is a departure from more elaborate and decorated homes like Queen Anne, Victorian, or Gothic Revival. Instead, modern architecture usually involves sharp, clean lines.

What Is Conventional Architectural Style?

"Conventional" styling means that it fits the norms that are well-established in most of the Western world. For the most part, designs that fit into this category have vertical walls and floor plans generally rectilinear.

The first major waves of home styles in Australia date back to the colonial era, ranging from 1788 to around 1840, and three distinct groups of settlers required housing at this time – convicts, free settlers, and wealthy landed gentry. However, the standard of living for these three groups was markedly different.

While convicts often slept outdoors or in rough tents or sheds, freed convicts or early settlers used cheap and readily available materials to build rough dwellings. Common materials and techniques were thatched reeds and stripped melaleuca bark for roofing, rough wooden logs or planks for structure and the ancient 'wattle and daub' technique for walls and insulation from the weather. The wattle and daub technique involves a mixture of readily available substances such as clay, sand, animal dung and wet soil, which is combined with straw to create a thick, sticky substance that is packed over 'wattle' – thin branches woven into a lattice frame – and left to dry solid. These homes often only consisted of a single room, with a chimney and small windows for ventilation.

During this period, we also begin to see the rise of what is now known as the traditional Australian rural homestead. Early examples of these homesteads in New South Wales were often built by recipients of land grants, which entitled any male free settler or ex-convict of 'good conduct' to 30 acres of land, with more granted if he married or had children. This style is typified by the long sloping tin roof and wide verandah, and famous examples include Elizabeth Farm in Parramatta NSW, considered the oldest colonial building in Australia. This home-style might consist of the main room, with two or more rooms adjoined in a central hallway. While many of these land grants have been subsumed by progress and the sprawl of suburban Sydney, this style was replicated across the country for some decades after the initial colonial period and is often seen in rural farms through to the early 20th century.

The wealthy also took advantage of the locally available materials of their new island home and recalled the popular architectural styles of their British homeland, now referred to as Georgian. Imported materials and complex tools being at a premium, local materials such as sandstone and lime plaster were common in the homes of the wealthy and in public buildings, which convicts often built.

During the early Georgian era, Britain and Europe were enamoured by Palladianism, which originated from the classical ideals of the ancient Greeks and Romans and 16th-century Italian villas. It was believed that if a new colony established itself with buildings of this style, it would imbue a sense of refinement and civilisation. So, it was a natural consequence that architects sought to replicate this style in Australian public buildings and wealthy homes. However, given the limitations of materials, tools and resources, these early buildings were often simplistic and understated, marked by utility rather than beauty or architectural sophistication.

The period's other hallmark features emphasise symmetry and refined elegance, utilising neutral interior tones such as browns, whites, and creams, and typically a fireplace in numerous rooms. This understated style became the typical Australian homestead of the time. While public buildings were necessarily larger and grander in scale, they still retained a restrained classical style without ornamentation.

Which Type Of Architect Do You Need For Your Project?

These are the type of architects that design‌ ‌homes. They collaborate with homeowners to design custom homes or improve existing ones. They also work alongside home builders and developers. For instance, if a developer makes a large subdivision, the architect would design the various types of houses built. First, residential architects take note of functional and spatial requirements, then start designing plants, elevations, and layouts. After that, they estimate the cost of their services, the material requirements for building, and the timeline to complete the construction project.

Commercial architects specialise in larger projects for government entities or businesses. However, they also develop public buildings like libraries, museums, hotels, schools, multi-unit residential buildings, government facilities, shopping malls, and more. Their creativity comes into action by making beautiful buildings pleasing to the mass public, employees, and employers, among other people. But, of course, commercial architects also have a difficult task because they're designing buildings that need to be beautiful and meet their clients' expectations. Additionally, the best commercial architects know how to design a building that promotes great traffic in retail spaces.

Those who choose to become commercial architects need to understand building codes to an even greater degree than a residential architect and possess some engineering knowledge.

The job of restoration architects is to maintain, repair, restore and extend historic and protective properties. They need legislative knowledge and relative planning to negotiate the planning system and understand its historic architecture. In short, the role of a restoration architect is to put back and preserve instead of enhancing the look of a structure or building. 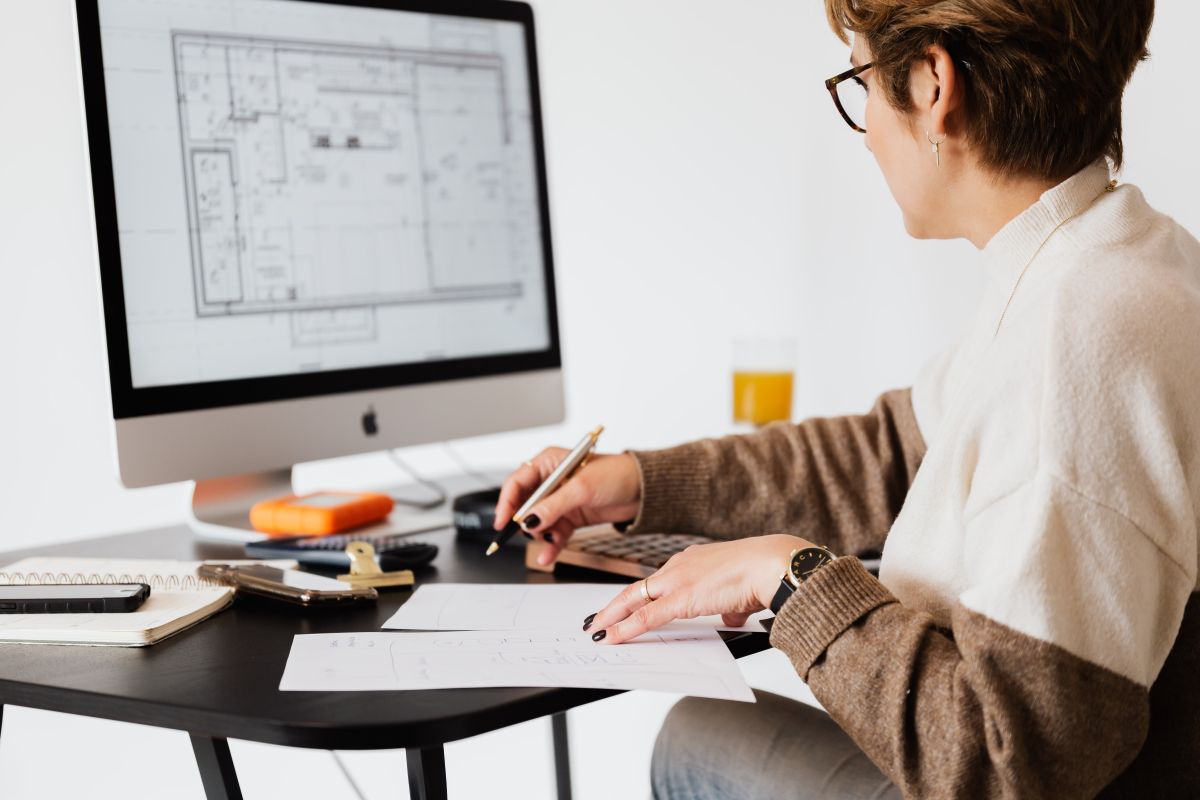 A landscape architect's job is different from the other three that we have covered so far in this list. Their projects entail focusing on developing outdoor spaces that people can enjoy. They also design college campuses, parks, garden areas and more. They also design walking paths and the general layout of an outdoor area. Sometimes landscape‌ ‌architects‌ have more to deal with because of the size of the area that they design. For example, landscape‌ ‌architects‌ who design a college campus' layout will have a lot of things to factor in. For one thing, there's plenty of ground to cover, not to mention their design needs to look as aesthetically pleasing as possible while also making sure the traffic flows well.

The term "green" in architecture means designing and building structures that are friendly to the environment. Green buildings are constructed alongside solar panels, underground rooms and other features that reduce energy costs and promote sustainable living for homeowners. These buildings also have a more organic design that seamlessly fits the natural environment and its surroundings non-obtrusively.

Green design‌ ‌architects‌ need to have plenty of understanding in specific areas when making houses within this category. For instance, they need to understand how they can get the most out of the materials they use for construction and know how to use the natural properties of the sun and shade. Aerodynamics also plays a key role in designing green buildings, which can be quite the task to undertake, but the best green design architects will work around it to get the accurate results that their clients are looking for.

The evolution of Australian architectural style encompasses a history of constant change. From the early years of colonisation that saw strong influence from British and early European architecture in Victorian, Queen Anne and Edwardian styles, to US influences in the Californian bungalow and proud history of multiculturalism that brought us cultural and artistic influences from across Europe, including Italianate, Spanish mission, Beachcomber, Streamline Moderne and even the infamous McMansion. Through war, economic boom and depression, social change and artistic revolutions, Australian architectural design have always retained an element that is uniquely Australian while still embracing the bounty of the wider world.